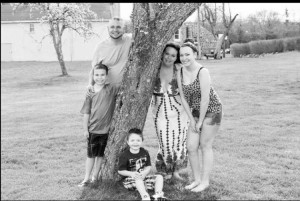 We have some new warriors following so I wanted to update and introduce kayden. Kayden is an x 34 weeker weighing in at 4 lbs with his intestines on the outside of his body. Kayden was immediately taking to his first surgery at 3 minutes old, and we got the hardest question ever asked of us. We had to choose to treat kayden or let God take him. We were told that kayden if he did live would have a very rocky road ahead of him. Before we got to leave the hospital with our baby we were trained on all iv MEDS that kayden will be on the rest of his life to live. At 3 1/2 months kayden was brought home with most of his small intestines resected and half his large. 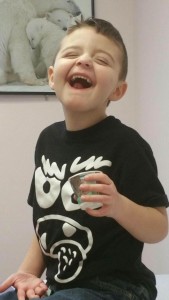 Last year was a tough year. Most of which was spent in the hospital. He was getting line infection after line infection. His surgeon decided to do a bianchi procedure. She found that the surgery was a failure and he was still getting line infections. She went back in and did a step procedure and gave him an iliostomy. He has only had two line infections since January and he is finally starting to eat. Our little boy who wasn’t supposed to make it starts kindergarten in September.

Kayden is know five and has had over 32 surgeries most of 2015 kayden was in and out of the hospital for life threatening line infections that could take his life at any time. He is know eating some solid food but will never be able to get any nutrients for oral eating. Kayden has a gtube and is gtube fed daily and fed twelve hours a night to siltimulate the liver and gut. Due to the IV nutrients that he recieves daily that can cause liver damage. He also has a illiostomy in place with hopes that it will drain all the bacteria out of the gut to slow down line infections in which it did help but he still unfortunately gets them. It is still a very long road for him. But we take it day by day because you never know what tomorrow will bring. We have alot of followers. Thank u all!