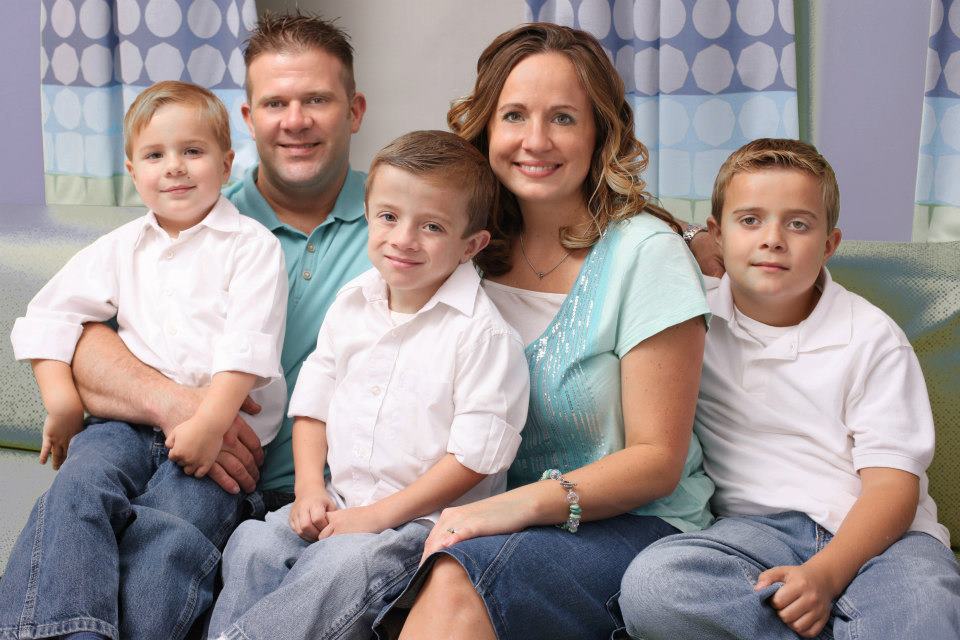 Joshua Southern was born April 28, 2006 with gastroschisis. Gastroschisis is a birth defect in which part of the intestines have “ruptured” through the abdomen wall. Within hours of birth the majority of Joshua’s small bowel had died and was removed. Multiple surgeries and setbacks awaited us the first part of his critical life. It was nearly six months later that we finally brought our newborn baby home from the NICU. Development and progress was very slow. For over five years Joshua received the majority of his sustenance through intravenous total parental nutrition (tpn.) He learned to sit, crawl, walk, run and jump all while being “hooked up” the majority of the day. Keeping Joshua fed and hydrated has been a trial and error process, many times at the expense of his comfort and health.

As his gastroenterologist has so accurately put it, Joshua is a puzzle. It’s been a difficult process find all the right “pieces.” His digestive tract is working as well as it possibly can and we’ve seemed to finally find a combination of solid foods, oral rehydration solution and medications that are working well enough for him to remain tpn and continuous feed free. He now is diagnosed with Short Bowel Syndrome, Malabsorption and Chronic Diarrhea. Joshua is a fighter, wise above his years. He’s spent countless weeks in hospital battling infections and dehydration. He’s been listed for small bowel transplant in Children’s Hospital of Pittsburgh and is followed by the amazing specialists here locally at Cook Children’s Medical Center.

Today we face a new hurdle. With hydration and nourishment somewhat under control the years of malnutrition have become painfully evident. Joshua’s had a delay in growth and is three years behind in his size. As a six year old beginning first grade, this concern is heartbreaking. He now compares himself to others and is hurt and angered when others assume he is years younger than his actual age. Two months ago we began growth hormone therapy. Nightly injections are a daily battle. He wants the medicine to grow, but hates the sting of the shot.

His future goals are to see significant growth in stature, keep bacterial overgrowth at bay and to maintain appropriate fluid levels with hydration. The hormone injections, we pray, will aid in his growth in size, which in turn should help his digestion. They will also allow Joshua to better fit in socially thus keeping a healthy outlook and self-esteem. Bacterial overgrowth can completely set Joshua back by leaps and bounds. His abdomen distention can be absolutely unbearable and it always results in an increase in diarrhea. By closely monitoring the foods he is eating and medications we should be able to keep a healthy floura of bacteria in his body. Lastly, staying on top of his hydration is forever Joshua’s target. A day out in the heat, an episode of dumping or an insufficient amount of rehydration solution for fluid replacement and we will find ourselves very quickly being admitted to the hospital.

As Joshua’s mother, I stay very active in his advocacy serving on two family advisory councils at Cook Children’s Medical Center. I also started a support group (GUTS – Gaining Understanding Through Support) for others like Joshua and their families. In the scariest of times, I often felt as though there was no one else that completely understood. I saw a great need for this group and was excited to hear the hospital was looking for a parent leader. As you know, short bowel syndrome is a lifelong illness and our trials are daily.

This illness is hard on the whole family. My husband and two other boys have had to cope with Mom and Joshua being in hospital for weeks at a time. GUTS was developed to council others during those difficult times, to give advice from others’ experiences and most of all just to simply be surrounded by others in the same boat.

If I was to be granted The Hardship Award, the money would help fund our support group, GUTS. Our hope is to be able to offer care packages for families that are admitted to the hospital and/or that are newly diagnosed. At this time we have little to no funding for these gifts or for awareness events and could use any amount of assistance.