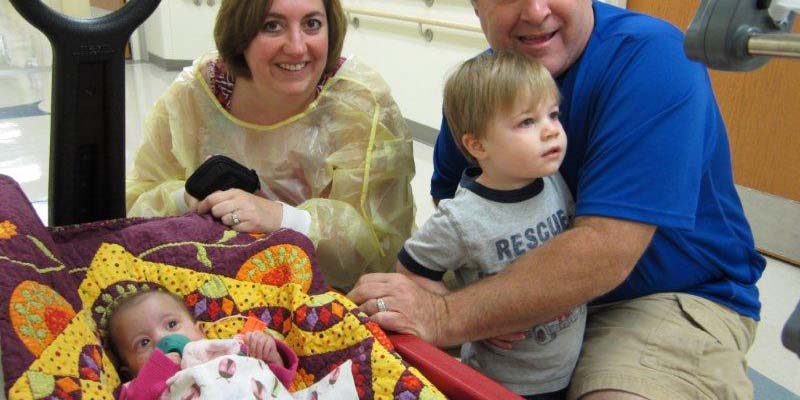 Alana was born on April 22, 2011 with several medical obstacles to overcome, in addition to her Short Bowel Syndrome, caused by Necrotizing Enterocolitis (NEC).

Alana lived with a central line until January 2012, but still receives regular GI feedings through a G-Tube.  Alana’s family went through a very emotional and financially draining experience, juggling the acts of trying to care for a chronically ill child in addition to their 19 month year old son.  Because family was not close by, the Lhuillier’s would make a 33 mile trip to the hospital from home every day so they could still care for their son, but yet be close to their new daughter. Rae Lhuillier had to quit her job since she was not able to get an extended leave from her employer.

The Lhuillier’s applied for the Hardship Award so that they could help pay off the medical expenses that have acquired during the hospital stays and follow up appointments, there were seven days right after Alana’s birth that were not covered by Medicaid, during that time, Alana had three trips in an ambulance and seven days in the NICU, and not including Rae’s hospital stay after Alana’s birth.