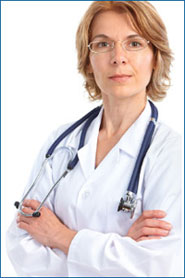 SBS is a highly disabling condition that impairs quality of life and can lead to serious life-threatening complications. SBS typically arises after extensive resection of the bowel. There are an estimated 10,000 to 15,000 SBS patients in North America who are dependent on parenteral nutrition (PN), the cost of which can exceed $100,000 annually per patient. SBS patients suffer from malnutrition, severe diarrhea, dehydration, fatigue, osteopenia, and weight loss due to an inability to absorb adequate amounts of nutrients, fluid, and electrolytes. The goals of current treatment are to maintain fluid, electrolytes and nutrient balances through dietary management, including the use of PN. Long-term complications of the condition may include an increased risk of systemic infections due to the presence of an intravenous feeding line, degenerative changes in the bones and nerves due to vitamin and mineral deficiencies, and liver failure. Potential benefits derived from reduced dependence on PN may include improved nutrition and hydration, lower rates of infections, and improved quality of life due to more time away from PN, which may provide greater mobility and improved sleep.

Various medical conditions, such as Crohn’s disease, mesenteric ischemia, radiation enteritis, volvulus, and trauma, may cause damage to the intestinal tract. When the injury is severe, surgical removal of the diseased small bowel may be necessary.

Short bowel syndrome is characterized by intractable diarrhea, weight loss, dehydration and malnutrition. Electrolyte abnormalities, vitamin and mineral deficiencies, kidney stones and gallstones may also occur. The etiology of these symptoms is twofold: Either the amount of bowel needed for absorption of nutrients and fluids is insufficient or the quality of the remaining bowel is very poor.

The extent to which the symptoms of short bowel syndrome manifest themselves depends on various factors:

Patients who require or who may be headed toward parenteral nutrition to manage their short bowel syndrome may benefit from the expertise offered by members of the Digestive Disease Center through either the Home Parenteral Nutrition Program or the Intestinal Rehabilitation Program.

These integrated services make certain that dietary and medical therapy is optimized so that the absorptive function of the remaining bowel is used to its maximal extent. This permits some patients to minimize reliance on parenteral nutrition and in some cases discontinue this therapy.

When parenteral nutrition is required on a permanent basis, these programs can make certain that all nutrient requirements are met with this therapy.

Short bowel syndrome is a condition in which the body cannot absorb enough fluids and nutrients because part of the small intestine is missing (usually due to prior surgery or illness), or is not working properly.

What does the small intestine do?

The small intestine is where the absorption of fluids, proteins, carbohydrates (starches and sugars), iron, fats, vitamins, and minerals (such as calcium, sodium, and potassium) takes place. If the duodenum and a portion of the jejunum have been removed by surgery, the ileum can take on their role in absorbing nutrients. But if a substantial part of the jejunum or the ileum is removed, it is more difficult to obtain adequate nutrition. In these cases, nutrients usually have to be provided in a form other than food.

Children need more calories than adults because they are still growing. If a child is born with portions of the small intestine missing, it can lead to serious problems.

Short bowel syndrome can occur as a congenital condition (the baby is born with it). For example, the small intestine might be abnormally short at birth, a section of the bowel might be missing, or the bowel does not form completely before birth (intestinal atresia).

In other cases, patients develop conditions in which a large section of the small intestine has to be removed by surgery. In newborns, especially premature infants, necrotizing enterocolitis (the inflammation and loss of blood flow to the intestine, leading to severe damage) is the most common cause of short bowel syndrome.

What are the symptoms of short bowel syndrome?

Symptoms of short bowel syndrome include:

Other complications can occur as a result of short bowel syndrome, including:

How is short bowel syndrome treated?

A variety of treatments may be required in order to treat short bowel syndrome. The patient has to change his or her diet in order to be able to absorb nutrients correctly. If a patient has had surgery to remove part of the small intestine, it is important to maintain a normal balance of electrolytes, fluids, and other nutrients to prevent dehydration, malnutrition, and other problems.

The patient may need total parenteral nutrition (TPN) after bowel surgery. TPN is a method of providing nourishment while bypassing the digestive system. TPN solutions contain a mixture of fluids and nutrients, such as protein, fats, sugars, and essential vitamins and minerals. The solutions are given intravenously (through a large vein into which a catheter, a flexible plastic tube, has been inserted.). TPN is given over 10 to 12 hours or sometimes longer; infants and children usually receive this type of solution while sleeping.

Some children must remain on TPN indefinitely. Serious complications can occur when this form of nutrition is used over the long term, such as infection at the site where the catheter is inserted, formation of blood clots, and liver damage.

Despite the risk of complications, TPN can be lifesaving in children and adults unable to take in appropriate nutrition through their gastrointestinal tract. In addition, recent changes in TPN regimens, when combined with starting feeds early on, may decrease the chance of developing long-term liver injury.

Over time, enteral nutrition can replace TPN in some patients. Enteral feeding is given through a gastric tube (g-tube) inserted in the stomach via a surgical incision, or placed using an endoscope. In some cases a nasogastric (NG) tube that passes from the nose into the stomach might be used instead of the g-tube. In other patients, use of a similar tube placed in the small intestine (jejunostomy tube or j-tube) is an alternative.

Some children may be able to receive small amounts of solid food and liquids in addition to enteral or parenteral (intravenous) feeding. This helps to allow babies and children to maintain the ability to chew and suck and helps them develop normal eating patterns in the future.

What medications are prescribed for short bowel syndrome?

Medications may be used to help slow the passage of food through the intestine. This allows more time for the nutrients to remain in contact with the cells lining the intestine, which improves absorption.

Anti-diarrhea drugs such as loperamide hydrochloride can be given to children, if recommended by their physician, with limited side effects. Since the stomach is likely to secrete greater amounts of acid during the recovery period, patients can take antacids or an anti-ulcer medication to treat or reduce the risk of stomach ulcers. Antibiotics may be prescribed on occasion to prevent or treat bacterial overgrowth.

When is surgery needed for short bowel syndrome?

In cases where short bowel syndrome cannot be treated with medications and diet, surgery may be necessary.

Because the small intestine is usually much longer than is required to digest and absorb food, removing part of the intestine might not cause serious problems. The remaining portion of the intestine can adapt and assume some of the functions of the part that is missing, especially if the ileum is still intact.

Other conditions that may require surgery include:

Intestinal transplantation, in which a new small intestine is transplanted into the patient, may be considered for patients who have frequent, severe bouts of diarrhea or other more serious complications of short bowel syndrome.

What is the prognosis (outlook) for patients who have short bowel syndrome?

The prognosis for infants and children who have short bowel syndrome can be good, depending on the length of the intestine left in place. However, they will need lifelong follow-up care. Children need to be closely monitored for any nutritional deficiencies or other conditions that may result from continued use of enteral or parenteral nutrition.

The main causes of death among infants and children who receive parenteral nutrition are infections and disorders of the liver and biliary tract (the pathway by which bile flows from the liver to the small intestine). Infectious complications may become less frequent with recent advances in protocols for the care of central lines in children. Cholestasis (a condition where bile cannot flow from the liver to the duodenum) is a common complication following long-term use of total parenteral nutrition.