Home/Chronic Illness, Featured Stories/Flashpoint: Re-Write Reality as I know it. Or leave as is?

My name is Andrew Jablonski, and I am just an ordinary medical professional and advocate in the Short Bowel Industry, but with the help of my friends and family, I seek out others like myself, to help make a difference in the world of digestive diseases such as Short Bowel Syndrome. I am no superhero, I am just a man, born under an extreme set of circumstances. I am seen as the potential future of the young children born like myself. An inspiration to many, but no hero.

I work in the industry of helping others, specifically, Short Bowel Syndrome. A condition in which a person is missing half or more of their small intestine due to a cognitional defect at birth, or through trauma later in life (www.shortbowelfoundation.org). No I don’t have gadgets, or metahumans powers, I have the most powerful ability of all. Experience.

In the real world vs. the comic book world, there is no speeding back in time, no throwing one’s self into the future to change the past, opening breaches, chasing after the spear of destiny, to rewrite reality, to change a catastrophic event. Such as a life threatening medical situation, or to save your mother from her own murder by a man you cannot catch up with.

Such as when Barry Allen or “

The Flash” was 11 yrs old, his mother was murdered by “a man in a yellow suite”. The Reverse-Flash, a man from the 22nd century, and the reverse of everything the Flash stands for. His mission is to destroy the Flash, his hopes, his dreams. He even tries to kill the Flashes younger self-only failing, so his mother’s life was the next best thing for Reverse Flash.

Any of this sound familiar to those who tune into the CW Network? The Flash and what is known as Flashpoint in Season 3. Where 25-year-old forensic scientist Barry Allen is struck by lightning in his lab, turning him into the fastest man alive— “The Flash”, granting him super-speed, intelligence, and the abilities to open breaches to other worlds and timelines. 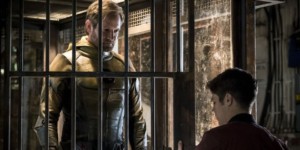 After one tragedy to many, Barry purposely runs back in time to save his mother, and jailed the Reverse Flash. Living in an alternate reality for 6 months, with both of his parents. Only over time he begins to forget the life he once lived, the relationships, his powers. They all started to fade away, due to him messing with history. Break a coffee mug and no matter how hard you try to make it perfect again. It still has that small visible crack in it. When he realizes he needs the Reverse Flash’s help getting back to the current timeline to fix his mistake, he notices that many things have changed and not for the better and those changes are now cemented in his new reality.

I run an online support group, and we discuss this topic from time to time, minus the flash part. Going back in time to change our illness is a 50/50 vote. Many of us have accepted who we are and our destiny’s ahead of us with no gut. Others who got it later in life, long for a life they once lived. Granted the powers to go back in time, I ask them would they, given the circumstances when they come back, good or bad. Could they live with those changes? 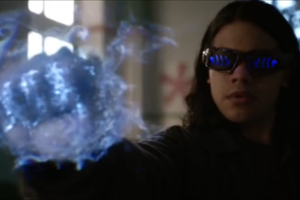 I was asked—would I go back in time if I could and change my diagnosis from ever happening? As a child, ask me this and in a heartbeat I would. It would mean a “normal life” one without fear of medical tests, surgical procedures, hospitalizations, a lifetime on antibiotics and drugs. As an adult I would never do so. I accept who I am, and know why I am here, and what my purpose is. So why would I decide not to change the reality I live now? Not even the septic shock episode I had late 2015?

My world would be much different. I would have never had 20 minutes of no pulse and, without oxygen to the brain immediately after birth. I could have been smarter possibly. I would not have gone into the field I am today, rather instead of a CEO—or even a MD, my lifelong experience in hospitals and around its staff only made my interest in medicine that stronger. Without that experience, maybe I would have joined the rest of the family in the accounting field.

My relationships would be much different as well. One part of my family bloodline 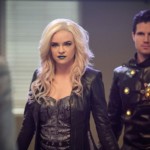 better luck with my friendships in general, but I love the ones I have now. They are not fake and I know when needed I can depend on those people, and those people can depend on me. It may be a small circle of friends and trust, but once again some of those factors on how I met those people would change if I was not sick. Maybe I would have found love and a life with another? Versus being single, and running a business.

The Short Bowel Syndrome Foundation, Inc. would not exist, the patients and families would not have the amount of resources and support that is available to them, versus seven or so years ago, when I started my journey in my career of helping others.

So would speed into a world without a medical complications—where in retrospect, a normal life comes with its own consequences. Would I eventually become SBS another way?  Would I be happy? Would I suffer from a major mental illness? Would I even live in the city I live in, without being tied to my medical team? Would life be any better, or would a life without medicine leave room for other problems to fill the void? Would I have died another way? The thought of it all hurts my head.  There is no telling what could have been, and luckily in the real world, nobody can alter reality and time to their own partiality.

arly in my thinking. I am happy with who I am, with what I have, and I would not change a thing. My condition is who made me into the man I am today. I have overcome many overbearing obstacles’ in my 30 years of life, from a major bowel resection to living ten days on life support as a result of septic shock, when my life hung in the balance. To everything else in between. There was no time to think about changing history. Life is to too busy to keep thinking “what if” … 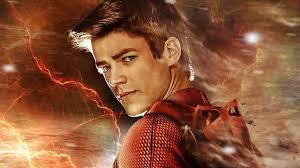 We are all like Barry Allen in a way when it comes to him and his emotions. He sees the good in everything, even the bad (with some reassurance from his friends at STAR Labs). Though Experience is the ultimate power than you don’t need to have powers to yield. The experience to know that the life I live, and you live, is the one chosen for our destiny, whatever it maybe. Though at times like Barry, we all fail to see the bigger picture ahead of us, resulting in a rash decision. Only with time and practice does he gain more experience to take on the villains and rogues he protects from Central City.

To me it would be selfish to go back and change one aspect of my life, but would change everyone else lives dramatically. Living with the consequences of that change, would be even more to carry. So. Would you create your own Flashpoint, or leave life as is? Challenging question isn’t it!

(All references to The Flash, Its Pictures, and Content used is owned by The CW Network and its creators)